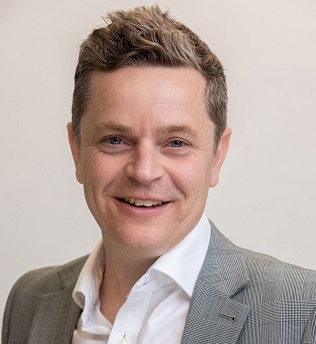 Could Cardiff be the Next Utrecht?

Velocity Magazine - Could Cardiff be the Next Utrecht?

Could Cardiff be the next Utrecht?

In the latest Velocity magazine Vectos Director Matt Thomas provides his views and suggests that the Welsh capital might be the surprise package when it comes to challenging the Netherlands’ crown of active travel and city cycling.

Utrecht in the Netherlands, where half of all journeys are made by bike, is often referred to as the cycling city utopia. But could the climate emergency and global pandemic spur our UK cities to follow suit?

In the UK, we have long considered this to be unachievable for various reasons, such as personal safety, theft, climate and a history of policy insisting on providing for the convenience of the private car. But as we are being forced to think differently, cycle-centric cities and 15-minute cities are becoming the norm.

We often forget that just 60 years ago, Utrecht was nearly as car-dominated as many other wealthy European cities. It was only in the ‘70s that road deaths, rising gas prices and climate concerns contributed to the policy change which allowed the reimagination of Dutch urban centres towards active travel.

These issues, particularly the climate emergency, have quickly become too significant to ignore, so UK cities are being forced to follow suit and make policy changes to promote active travel and cleaner modes of transport. Across the country we have seen greater investment in active travel routes and segregated cycleways to address safety and capacity, but cycle parking and security is still a huge
barrier in most places.

Cardiff City Council (CCC) and Transport for Wales (TfW) are at the forefront in the UK by providing considerable investment to meet Cardiff’s ambitious target of 26 per cent modal share by 2030. Its success can already be seen in the results of a recent survey which found Cardiff to be the most cycle-friendly city in the UK.

As part of CCC’s ambitions for sustainable growth, the objective in its local development plan (with a need for more than 20,000 new homes) is for all trips in the city to achieve a 50:50 modal split by 2030. The council’s transport white paper also sets out an ambitious 10-year plan to there is a matching step change in cycle parking capacity to cater for uptake, and to ensure there are secure options, by replacing the dated
Sheffield stands.

Over the next 20 years, Cardiff is expected to be the fastest-growing major UK city, so even if 30 per cent
of people work from home, as in the post-COVID target, a radical plan like this is still necessary.

When CCC and TfW approached Vectos they did not want a mediocre solution – they wanted us to think big and innovatively, understanding that achieving the required modal shift will require radical ideas and significant investment.

We undertook two projects. The first, from CCC, commissioned us to propose locations for cycle parking facilities in Cardiff city centre and Cardiff Bay, and identify the most appropriate tier of facility to appropriately service the area. In the second study – separate, but intrinsically linked –TfW asked us to look at cycle parking requirements for Cardiff Central and Cardiff Queen Street railway stations.

For both projects we assessed the existing cycle parking provision to understand the shortfall, used the Vectos ‘vision and validate’ approach
to project future demand, and developed a four-tier approach to cycle parking to meet the needs of all areas.

Check out the attachment for the full article.

Any cookies that may not be particularly necessary for the website to function and is used specifically to collect user personal data via analytics, ads, other embedded contents are termed as non-necessary cookies. It is mandatory to procure user consent prior to running these cookies on your website.

Analytical cookies are used to understand how visitors interact with the website. These cookies help provide information on metrics the number of visitors, bounce rate, traffic source, etc.

Advertisement cookies are used to provide visitors with relevant ads and marketing campaigns. These cookies track visitors across websites and collect information to provide customized ads.

Performance cookies are used to understand and analyze the key performance indexes of the website which helps in delivering a better user experience for the visitors.